Ray Lockrem - my 118th choice as a Disney Legend

Ray Lockrem is my 118th choice to be named a Disney Legend. He was an artist and background stylist for classic films such as Snow White and the Seven Dwarfs and Dumbo.  In addition, he was background artist on the Night on Bald Mountain and Ave Maria segments and on The Reluctant Dragon. 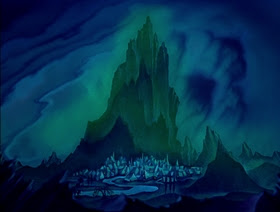 Fantasia (1942) as Background paintings "The Pastoral Symphony," "Night on Bald Mountain" and "Ave Maria"
Disney animators set pictures to classical music as Leopold Stokowski conducts the Philadelphia Orchestra. "The Sorceror's Apprentice" features Mickey Mouse as an aspiring magician who oversteps his limits. "The Rite of Spring" tells the story of evolution, from single-celled animals to the death of the dinosaurs. "Dance of the Hours" is a comic ballet performed by ostriches, hippos, elephants and alligators. "Night on Bald Mountain" and "Ave Maria" set the forces of darkness and light against each other as a devilish revel is interrupted by the coming of a new day.
2. Dumbo (1941) as Backgrounds
The stork delivers a baby elephant to Mrs Jumbo, veteran of the circus, but the newborn is ridiculed because of his truly enormous ears and dubbed "Dumbo". Dumbo is relegated to the circus' clown acts; it is up to his only friend, a mouse, to assist Dumbo to achieve his full potential.
3. The Reluctant Dragon (1941) as Backgrounds
Robert Benchley learns about the animation process at Walt Disney Studios while trying to pitch an idea for a cartoon.
4. Snow White and the Seven Dwarfs (1937) as Backgrounds
From the old fairy tale, a jealous queen attempts to get rid of her beautiful step-daughter, Snow White, who takes refuge with seven dwarfs in their forest home. The queen changes into a witch and tempts Snow White with a poisoned apple which puts her into an everlasting sleep, until a prince finds her in a glass coffin and awakens her with Love's First Kiss.

Don Knotts is my first pick - in my humble opinion he is the most deserving. First of all I think he is hilarious. not the type of humor t... 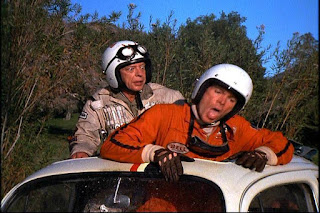